I feel a bit sorry for Karl Robinson. He’s got an incredibly difficult job. I can’t be alone that I’m kind of running on fumes in my support these days. Don’t get me wrong, I’m still going to games and I’ve got my season tickets and car park spot and I still eat the inedible tepid food in the Fans Bar and most weeks I buy a programme. In fact before the MK Dons game, I even bought a new Charlton mug and a Grey Bobble Hat so I’m doing my bit – but along with most of the crowd, even my love has disappeared a little.

The thought of a tough game tomorrow night in the bloody third division against mid table Peterborough  ( yes those titans of English football) in the freezing cold with a wind tunnel for company because of all the empty seats is not appealing. Even the train service seems to be newly designed to be as infrequent and inconvenient as possible.

The terrible damage done to the club and its fanbase by Duchatelet and Meire in particular is enormous. I really hope that it’s temporary and reversible,but it just seems to me that the club’s remaining support is balanced on a paper clip and it really wouldn’t take much more than a couple of poor results for even more of us diehards to disappear.

That would be very harsh on a Robinson who is doing a really good job with hardly any support from the Board. We must surely be the only team in the EFL that is challenging for promotion where the manager is expected to be successful with only one recognised striker.

It seems that the nth proposed takeover has stalled or disappeared, but Karl needs to  continue to work his magic because without the cavalry arriving over the horizon, I fear that any setbacks will prove disproportionately negative to our remaining support. 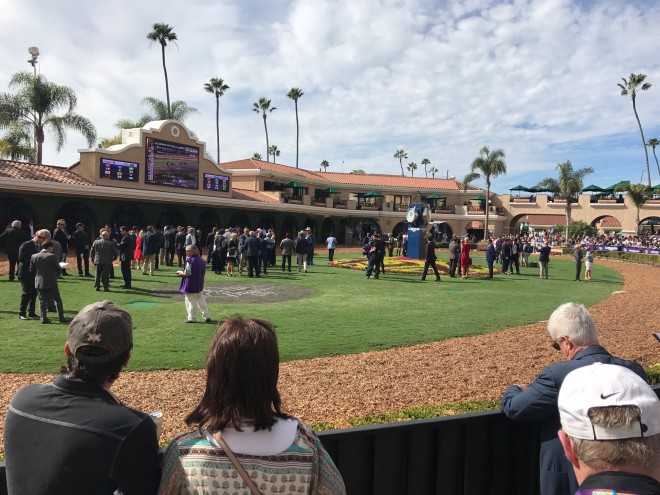 We’ve just got back from a recent holiday to Southern California. We did the Route 1 trip down from San Francisco to San Diego and eventually had 2 days racing at The Breeders Cup in Del Mar. It was a lovely trip and one that I last did 40 years ago. That’s a bloody long time ago and quite a few Kronenburgs have passed under my bridge since then.

I like America and Americans, they are generally more friendly, polite and respectful than us Brits but I was struck by the level of homelessness that has transformed their city centres. In San Francisco there are a number of blocks where the inhabitants most resemble zombies – the living dead – hundreds upon hundreds of them wandering around trance like with a shopping trolley containing their worldly possessions. Even in the financial district and upmarket retail areas as we walked down to the farmers market in every doorway lay a relatively lifeless bundle of person. We witnessed the same phenomenum in Los Angeles and San Diego. The Californians rationalise this as a direct result of it being warmer in California so that tramps congregate there. The lack of some kind of safety net in the Land of plenty and the home of the brave is shameful.

The other amazing aspect of this was that the rest of society, suitably suited and booted just walks alongside or next to the zombies with the two groups completely ignoring each other as if they exist in some kind of parallel world.

Our experience in the USA was further brought into focus last week by the comments from the departing London bureau chief of the New York Times. Steven Erlanger said that our island is undergoing an identity crisis and is engaged in a “controlled suicide”. Our country is apparently “hollowed out” , “deeply provincial” and having a ” nervous breakdown”

Whilst we might despair at the poor judgement displayed by many of our senior politicians on all sides, Erlanger failed to mention  that the UK is still the 5th largest economy in the world , unemployment is lower than any time since the 1960’s, we are the most generous charitable givers in Europe, there are 1.8milion more kids being taught in good or outstanding schools than 2010. The UK has less healthcare inequality than most other nations. Heroin use is going down. Happiness ratings have risen in the past year.

As long as you don’t dwell too much on the Daily Mail or the Evening Standard the list of positive news is full and very long indeed- we have much to be thankful for and I’d rather live in the UK than anywhere else – if only for the decent beer in a pub, a lovely cup of tea and the warm glow of an afternoon with friends at The Valley.

I think Mr Erlanger might have a shock when he goes home and heaven forbid should he get ill or lose his job.

Those of you who joined me and my mates ( the three of us) in the sea of red emptiness of the East Stand last night will think I am referring to the total crowd attendance. Close as that may have been to the actual attendance , Well actually no, I am referring to our Karl’s team formation.

We consistently struggle to dominate generally inferior teams at The Valley because Big Josh gets isolated and does not get enough support close to him. It is a recurrent problem . I’m not being critical of any of our midfielders, although it seems to me that having Holmes Reeves and Marshall in the team together is probably one too much luxury.

I absolutely understand why we play this formation away from home and also against the better teams. I also fully recognise that Karl can only play with the tiny squad of front players that he has available to him. However, when he brought Karlan on last night and at last Josh had a mate up front we looked so much better. At the end of the day we were playing Rochdale at home . It was the same story against Bury a few weeks ago , we need to be more direct, straightforward, why not an old fashioned 442 ?

Anyway, in Karl we trust.

Turning to the Back to the Valley dinner which is now a 400 person sell out – whilst it’s great that it’s a sell out – am I the only person who wonders how we manage to get 10% of last nights total crowd to turn up for a relatively expensive dinner. Do these people actually come to matches ? It makes you wonder if it would be more profitable to turn the whole football club into a ‘Come Dine with us’ experience – it was then that I remembered the last nights Crossbars chicken dippers – so maybe not.